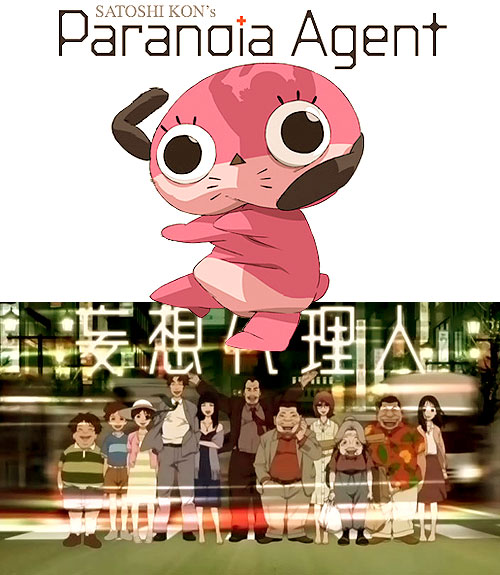 Created by Satoshi Kon and produced by Mad House Paranoia Agent is a 13 chapter anime series about (urban legend) Shōnen Bat and a large cast of people affected by him like Tsukiko Sagi (Maromi´s -that big pink shit… er “cute doggie”- creator), his first victim. Keiichi Ikari and Mitsuhiro Maniwa are two police detectives assigned to investigate Shōnen Bat attacks but they fail and the investigation eventually leads to both men losing their job… oh! but theres more, much more to tell. 13 chapters (some self-contained) are enough to show us a fantastic and great tale of mass madness (in more than one sense). Highly recommended, seriously.